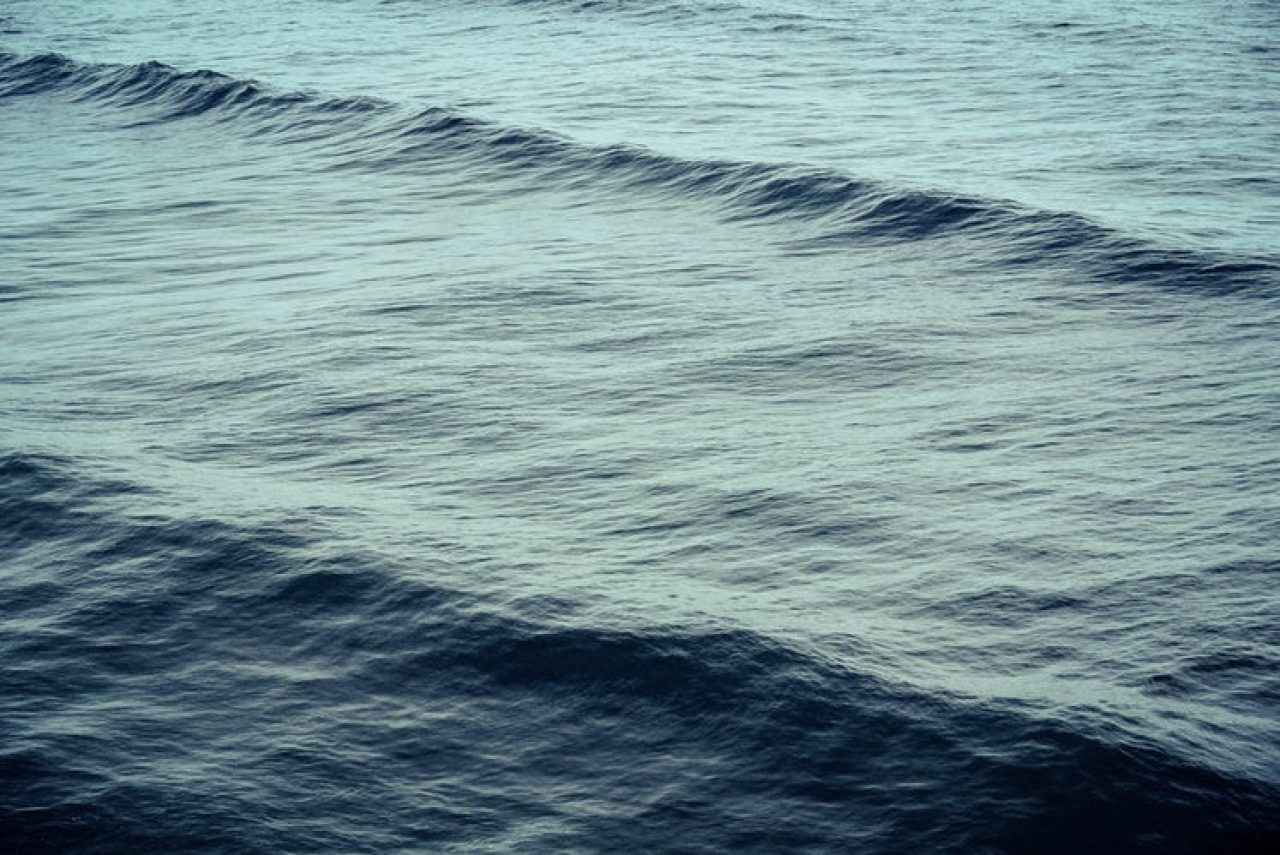 Despite the best part of a decade successfully working the comedy clubs, to many Matt Okine is probably best known for his starring role in that viral video. While interviewing Chris Rock, Okine unthinkingly boasted that his comedy was “really good” and then squirmed uncomfortably as the comedy icon reacted skeptically.
If only Rock could see him now. He’s always been a winningly casual, supremely likable presence, the sort of performer who just makes sense on stage. The Other Guy, however sees him lean on his considerable charm less and expand his comic range. It’s both more personal and more political than he’s ever been before. It’s also just funnier.

Back to that video for a moment: it worked because of Okine’s willingness to be embarrassed. He instantly knew he’d said something stupid and allowed us to cringe along with him. So it is with some of the strongest stuff here; when he recounts a truly misguided attempt to re-enter the dating game, you can almost feel the room collectively wince through the laughter.

Read the full review at The Sydney Morning Herald: http://www.smh.com.au/entertainment/comedy/sydney-comedy-festival-2015-matt-okine-review-up-close-personal-political-and-hilarious-20150515-gh25w7.html

“I have to warn you, this isn’t an entry-level show” Daniel Kitson tells the audience a few minutes in, and he’s probably right. Rather than packing the emotional punch of some of his previous works, say the gem-like 66A Church Road¸ this is more of a chin-stroker, though a fiendishly clever, relentlessly funny one.

It’s billed as a (sort of) play and takes the form of Kitson handing out 20 iPods, each with a speaker attached, to audience members and having them simultaneously press play. Each iPod has one part of the play pre-recorded on it, and played together the effect is a cacophony of voices interacting with Kitson in a meta-narrative about the work he is mounting.

Read the full review at: http://www.smh.com.au/entertainment/comedy/sydney-comedy-festival-2015-daniel-kitson-review-theatre-comedy-melt-together-at-hands-of-one-of-best-comedians-working-today-20150507-ggw1nh.html

Inevitably described as “giddily enthusiastic” and or “unfashionably optimistic”, Josie Long has always ranked high on the list of stand-up comedians you would most like to be friends with. Blessed with a gift for wide-eyed exasperation and the demeanour of a kid who’s broken into a lolly shop, she could easily coast on her abundant charm and perpetual underdog status.

While recent shows have seen her tap into a politically charged vein, Cara Josephine is a creative left-turn, a bold venture into highly personal territory. The show begins with her admitting she had her heart broken last year and traces what happens as her trademark hopefulness is put to the test in the wrenching aftermath of a breakup.

Suffering an unseemly bout of jealousy when she spies a love bite “the size of a slice of ham” on the neck of a teenaged fast food worker, Long tries to escape her woes by throwing herself into her multitude of interests. This includes embracing indoor rock-climbing, delving deep into American literature and, most memorably, cracking wise like a femme fatale​ in a film noir.

Read the full review in The Sydney Morning Herald: http://www.smh.com.au/entertainment/comedy/sydney-comedy-festival-2015-josie-long-review-breaking-up-is-hard-and-funny-to-do-20150423-1mr9qz.html#ixzz3Yf0JJ6gz

The scruffy, uncompromised punk rock to commercial radio’s slick and bloated yacht pop, podcasts have provided a wealth of free and vital content in recent years, allowing comedians, broadcasters and just about anyone to put their thoughts on tape without the need for the middle man of radio management. One of the key podcasts is FOFOP (an earlier incarnation was called TOFOP), a series of rambling but often riotously funny conversations charting TV presenter/writer/ comedian Wil Anderson’s life as he moves to the US and decides to focus solely on comedy. As FOFOP passes the 100 episode milestone, here are some favourite epsidoes:

The most memorable appearance of ‘World’s Worst Co-Host’ Ramona, a French bulldog Anderson looks after, who almost pays the price for her curiosity in this excruciatingly funny tale. As with a lot of the best comedy, it flirts with tragedy and farce in roughly equal measure. Recorded just after the incident, this is a great piece of storytelling made all the better for Anderson and co-host Lindsay Webb’s still raw sense of relief and bemused disbelief.

An ideal introduction to the winningly frivolous and pop-culture obsessed side of FOFOP, this is one of many episodes to feature comedy industry legend Justin Hamilton. The pair have an amazing rapport and an ability to hilariously riff on any topic, though their conversations almost inevitably return to a shared obsession, Batman. Here, they take on artisanal meth for hipsters, Robin Thicke and a range of other lengthy but inspired digressions. The best bit, however, is one of the podcast’s patented ‘gritty reboots’, this time a pitch for a pint-sized Gotham city crusader which is both an absurd concept and a better idea than many Hollywood studios have had lately.

A massive outlier in the reliably hilarious FOFOP back catalogue (and released as a bonus episode with the disclaimer that it won’t be for everyone), this is definitely the most sobering episode put to tape, but all the more memorable for its serious nature. Anderson and frequent guest Dave Anthony discuss the former’s shock as he deals with the news his sort-of-friend has been arrested for possessing child pornography. A thoughtful, disquieting look at how a crime affects a community, including those only tangentially involved.

One of FOFOP’s best reflections on the intricacies and banalities of our obsession with celebrity culture, this hugely funny episode sees Anderson reunited with another JJJ alum, the hilarious and likeable Scott Dooley. The title here comes from an extended improvisation stemming from the most unlikely of starting points: an entry in the Daily Telegraph’s ‘celebrities spotted’ section where someone reported seeing Claudia Karvan using the bathroom in a Redfern café. What follows can only be described as inspired nonsense.

Recent FOFOP episodes have approached the more serious bent of off-shoot podcast Wilosophy and this chat, where Anderson recounts a massive surprise party thrown for him when he turned 40, is a joyous celebration of friendship and finding your niche in life. For long-time T-baggers, it’s also something of a payoff as Anderson had outlined the surprise party as his ultimate birthday present in an old TOFOP episode, only to forget about it as friends set about planning it in stealth. The laughs per minute quotient is probably not as high as a lot of other episodes, but it’s hard not to get caught up in the pure exuberance of this instalment.

Less a regular Thursday night show and more a triumphant, agonisingly belated victory lap, New Zealand’s self-styled “fourth most popular guitar-based digi-bongo acapella-rap-funk comedy folk duo”, The Flight of the Conchords, have finally made it to our shores. It was worth the wait. In front of a capacity crowd at Sydney’s “hat-shaped building”, the answer to their rhetorical question “Who wants to rock the party?” was pretty much everyone.

First though, the unbilled support act was FOTC collaborator and honorary Australian Arj Barker, whose ‘I just smoked some cones and now here’s some weird shit I observed’ demeanour has now been polished to slacker perfection. There’s a deceptive art to what he does, his apparently casual looseness belying his precise timing and ability to extract every ounce of humour out of even the slightest of anecdotes. Jokes about Michael Phelps smoking weed, ‘freeballing’ a solar eclipse and having corrective eye surgery may appear tossed off and almost improvised, but there’s serious polish and comedic know-how here. Taking in crowd-pleasing local references (“I’ve been doing tourist stuff. I went to see the famous 3 sisters…up in Kings Cross”, Breaking Bad impressions and recurring riffs on ‘Marley and Me’ (“Spoiler alert: the sequel is just called Me”), the themes of Barker’s set would have been fairly familiar to anyone who’s seen him before (is there anyone who hasn’t?) but he proved the ideal, crowd-pleasing appetiser for the Conchords.

Mercifully appearing straight after Barker, the Kiwis had the crowd, if not at ‘hello’, then about two lines into first song Too Many Dicks on the Dance Floor, which Jermaine explains is not just a literal re-telling of their experiences, but something of an analogy: “It’s about how there are a lot of dick-like people on the dancefloor of life. If you explore its hidden meanings, you’ll be richly rewarded”. We’re then left pondering the possible metaphorical implications of Robots, the hilarity of which is added to by the pair’s cardboard robot heads which leave those side of stage basically watching the side of a box. “They’re getting a very different show up there” Brett observes, dryly.

One of the triumphs of their instant-classic show was how the duo seamlessly transitioned from the all-conquering musical chameleons of the musical interludes to the uber-gormless, provincial naifs who bumbled through the storylines, forever confused by their big city surrounds. So it is tonight, with the pair skilfully skewering every genre from lovers rock and folk balladry to futuristic glam rock and then basically reverting to their hapless personas between songs. New Zealand’s image as a backwater is played up throughout, with the ‘New Zealand Symphony orchestra’, consisting of a single member called Nigel joining the pair for most of the set.

The focus throughout, however, is firmly on Brett and Jermaine. Unlike many comedy pairings, there’s no straight man here, no half of the duo that’s a bit smarter or a little more worldly. Both are equally out of their depth at all times, a dynamic beautifully explored on the hilarious We’re Both in Love with a Sexy Lady and the not-quite-gangster rap Hurt Feelings. The banter between them is priceless, not least when they negotiate with the lighting desk for an appropriate backdrop to one song: “Can we have something that’s like the smell of heather and the woods?” Brett asks. “I think they mainly just do colours, Brett” Jermaine deadpans.

The straight-faced absurdity of The Most Beautiful Girl in the Room and Inner City Pressure keep the laughs coming, and their deadpan banter between songs is almost as amusing. There are hilariously stilted non-anecdotes about getting free muffins in a hotel (“complementary means free. The muffins weren’t flattering me” explains Brett), getting stuck in a lift and a truly ridiculous gag involving misuse of a fish where we have to wait until the end of the show to hear the pay-off.

In many ways it was a night of firsts. It was surely the first time anyone has led the Opera House Concert Hall in a mass sing-a-long about epileptic dogs, and almost definitely the only time a song featuring the phrase “David Bowie’s nipple antennae” has graced the venue. There were also some newer songs to complement the favourites we’ve all long since memorised, including the mock-heroic Summer of 1353 which recounts the difficulties of wooing in the 14th century, and the typically ludicrous Fuck on the Ceiling, which takes them a few goes to get through.

Most comedy rock has a limited shelf life, but the Conchords’ songs were always better than novelty numbers. You get the impression they could have carved out a successful career in any number of straight musical guises, but that they decided this was way more fun. Having had the good grace to end their TV show before it risked getting stale, this unlikely cultural phenomenon shows no signs of coming to an end, and by the time they get to the last song, a roof-raising Sugalumps, you’re already hoping their return visit comes around quite a bit sooner. I missed favourites like Hiphopopotamus v Rhymenoceros and If You’re Into It, but maybe next time. Otherwise this was a joyous, faultless Australian debut. They have no peers.